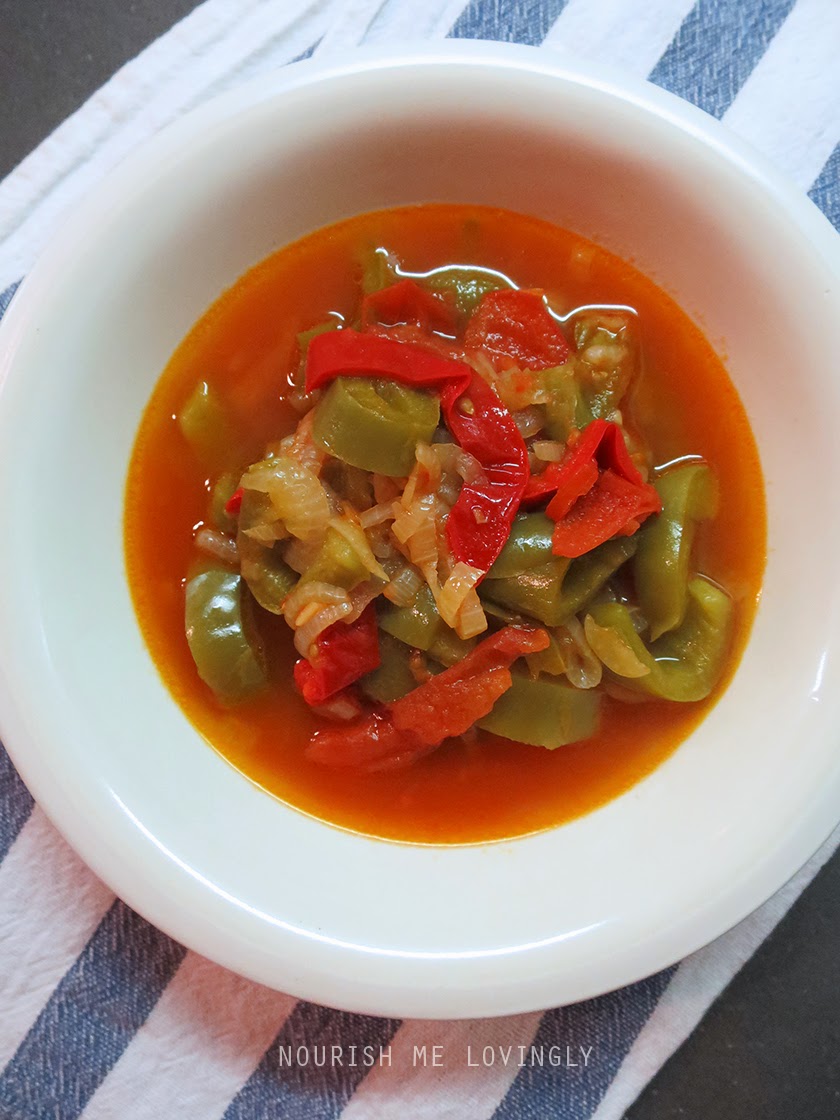 Lecsó (letchoh) is a popular Hungarian summer meal. Every region has its own version of lecsó. Some prepare it with meat (bacon, ham, sausage, or Frankfurter), some prepare it with egg (beaten egg is added near the end), some make it with sour cream (added also at the end), some add rice, or potato, or tarhonya, or nokedli. It is a satisfying dish, and there is no summer without it.

The French ratatouille is a vegetable dish made with onions, zucchini, eggplant, peppers, and tomatoes. The Hungarian lecsó has only three basic veg: onion, peppers and tomatoes, nicely stewed in oil or lard. It is best when made with Hungarian yellow wax peppers.

I adapted my version of the lecsó to suit vegetarians and vegans. I like it watery, with lot of juice. I like to slurp the hot "soup" while I'm enjoying the taste of the pepper, tomato and onion trio.

1. Slice the onions (cut them in half then slice thinly). Put the onions and the oil in a thick bottomed pot. Heat the oil and start to cook the onions.
2. When the onion is translucent add the (not too thinly) sliced peppers. Cover with a lid and gently cook for 10 to 12 mins.
3. Drop 2 tomatoes into boiling water, boil for 2 or 3 mins, then take them out, peel the skin off, discard, and mash them with a fork, discard the core.
4. Add the ground paprika to the onion and pepper, let it dissolve in the oily base, then add a bit of water (around 1 cup), add the garlic, the just-made tomato puree, and the sliced tomatoes. Bring to boil, then reduce to simmer and gently cook for 10 to 15 mins. Serve hot. Enjoy!

Allergy: No gluten. No dairy. No egg.

Tips: For a full gluten-free meal, serve with rice, but lecsó is typically served with soft white bread to dunk and dip into the juice. I served with rosemary focaccia this time. 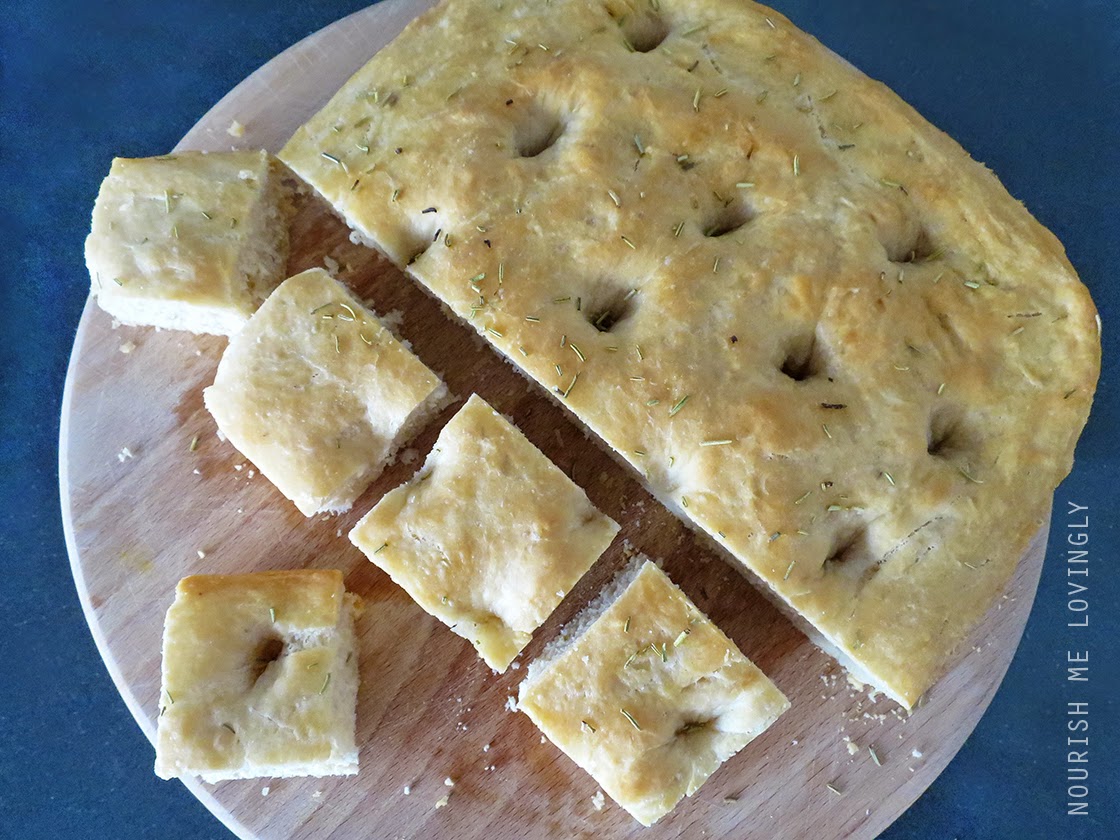