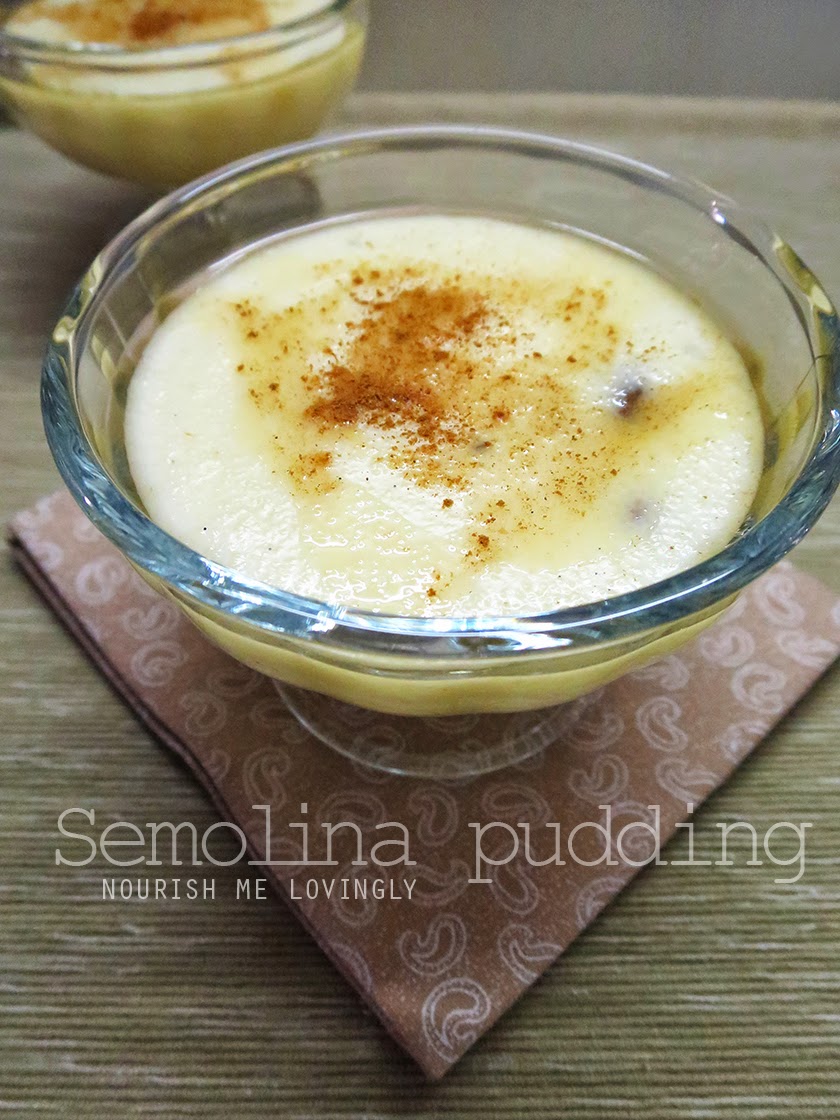 When I was a child semolina pudding and rice pudding often appeared on the menu. Plain cow's milk was my enemy (we're still not friends) but my mother was able to add some milk into my diet in the form of cereal puddings. They were creamy and sweet with a touch of cinnamon or cocoa.

My version not nearly as sweet. It is sugar-free, sweetened only with raisins and honey. Quick and easy dessert to satisfy your sweet tooth.

ground cinnamon and honey, to serve

1. Put the milk, raisins and semolina is a pan and bring to boil.
2. Reduce the heat and simmer until thickens, about 15 mins, gently stirring while it cooks.
3. Serve into glass ice cream bowls, drizzle with honey and sprinkle with ground cinnamon.

Allergy: gluten, dairy. No egg. No nuts. No sugar. No soy.

Tips: Serve it hot or cold (keep the bowls in the fridge, covered with foil for freshness). Substitute raisins with other dried fruit (sulfur and sugar free, of course). Use agave or maple syrup instead of honey. Sprinkle with cocoa or dark chocolate shavings instead of cinnamon.
Posted by Razana
Email ThisBlogThis!Share to TwitterShare to FacebookShare to Pinterest
Labels: cinnamon, dessert, milk, raisin, semolina, sugar-free, sweet, toddler-friendly, treat, vegetarian