Render your own lard (GAPS) 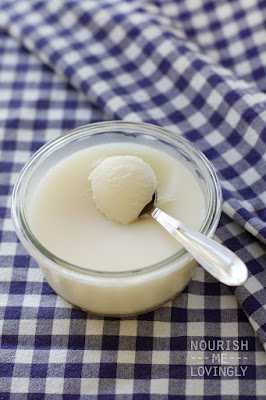 Make your own cooking fat

Oh, lard! Banned from all things healthful. Everyone was freaked out even just hearing the word LARD. In the past few decades it wasn't allowed near healthy foods... up until now. Nowadays lard seems to be the healthy stuff and oils are the culprit of all nasty and unhealthy. Who knows what they will call the bad-and-ugly next?

I was growing up on this stuff. My grandparents made a huge pot of lard every winter, which lasted well into early summer. I remember to be sent into the larder to fetch some lard from the white enameled pot for the cooking (or just to spread on home-baked fresh bread). Lifting up the lid a pleasant smell reached my nose and the beautiful white and smooth texture amazed me every time. Everything was made with lard those days and tasted fantastic.

It is very easy to make your very own silky smooth lard, a 100% additive-free, single-origin/ingredient and pure home-made creaminess. 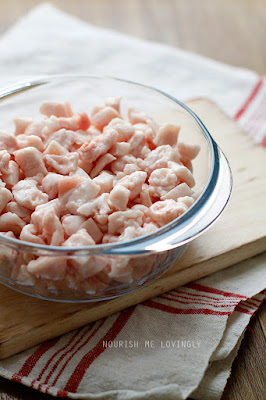 1. Cut the fat into small pieces, and place them in a wide pot or pan.
2. Gently heat the fat. Cook on the lowest setting until most of the fat is in liquid form (around 45 mins). Stir occasionally. Do not let the fat burn or discolour.
3. Pour your rendered fat through a stainless steel strainer into a glass container. It is clear, light golden when fresh and hot. As it cools down and solidifies it will change to a beautiful white cream.
4. Keep it in the fridge.

Tip: Use the leftover cooked fat to sprinkle over soups or salads for added flavour.

Note: I wouldn't say that this lard smells delicious as British (and Irish) pork smells and tastes too porky BUT I'm happy with my batch of home rendered lard. 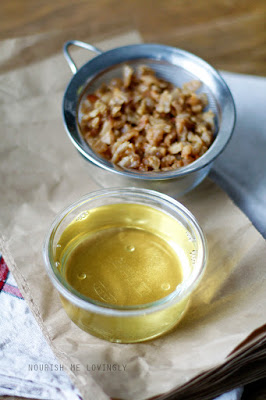